That old line “You get what you pay for!” Trust me! This is not going where you think it is…….

A few years ago, I had Botox in my calf. Seems a waste of good Botox, I know because no one cares if my calf looks ‘younger’ or not! But it was in fact to help me walk better. 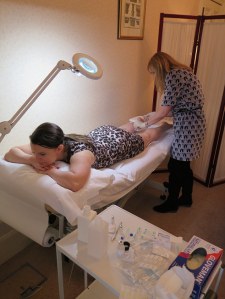 The overall theory was so it would relax certain muscles in my foot so I could walk properly and stop the hyper-extension in my knee, so years from now I won’t require a knee replacement. 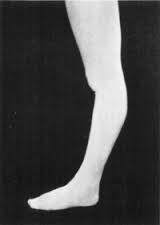 In this country, they like to wait until you are “10 years from death” before they give you one. Knee replacements only last 10 years, but how do you know when death will actually occur?

I know, I can’t afford to live past 5pm today however, in this lifetime I’m yet to achieve what I think I’m here to achieve. I don’t yet know what that is, but I’d like to want to hang around to give it a red hot go!

Anyway, as per usual, I digress!

Because I’m a slave to the Public Medical system, because I’m lucky to be articulate and apparently ‘respond’ well to treatments. I am often asked to participate in trials, studies, have students sit in on appointments, the list goes on, believe me!

So, I was part of a trial over a year ago.

The outcome for the trial was to get Botox on the PBS for all lower limbs, for stroke, MS (whatever) Botox is wasted in faces and more useful in arms, armpits, calves etc.

So, Botox in calf muscles and into hospital! Rehab and the food and isolation is the same!

Botox, relaxes muscles in certain areas. I had my first plaster cast (ever) at age 42 and I didn’t even have anything broken.

And the idea was my calf and foot were forced into a position to better deal with an AFO (Ankle, foot orthotic) that would help my walking and stop the hyper-extension.

But it wasn’t just ‘A’ cast it was ‘A’ cast for a week, then a second cast for the second week! To say, I don’t cope well in hospital is an understatement! 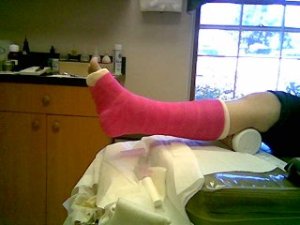 They told me if I could keep the cast dry and wouldn’t be at risk of falling over I could go home, but even though at great cost to me, I was catching taxis to my appointments, several days a week. I was stressed and suffering migraines most days and they wouldn’t even give me sufficient medication when I had actually supplied my own! (Dr prescribed) medication.

It’s a form of bullying but don’t get me started. They would turn up (Nurses) with a little white pill and I would ask ‘is it Endone? That will do nothing, but it was all I was allowed to have. So ‘Fine!’ Give it! See you in 30 minutes!’ And I just stopped asking!

So, there was no internet in my hospital! Or there was, but it was so slow, I attempted to post something to Facebook because according to 1st world problems law that’s what you do.

‘Wah! Poor me! I’m in hospital! Getting something fixed that was working perfectly well until I was a dickhead! And now even though my condition is 100% fixable, I want SYMPATHY!!!

Sorry for the rant! But this is based on actual events! They were in the same hospital at the same time, but I neglected to visit!

Do I sound bitter? Not sorry!

I didn’t get it until a few weeks later. The day I left the hospital, my mum bought me shoes! Because, they told me I had to have been released a month before they could apply for the funding for the shoes!

After wearing the wrong shoes for about 6 months, nearly rolling my ankle and blisters on my foot, I had to protect with self-funded Band-Aids (thanks mum – again) 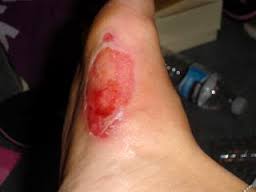 Blisters can lead to ulcers, which can lead to open wounds. As I can’t really feel my left foot, until things really hurt, but by then it’s too late. Do I need to explain this further?

So, get the shoes eventually, 6 months later. That was quick because I finished the process with regular calls to Sweppe (The funding body) and the Orthotists at the hospital to nudge things along. And rather than me being able to go to the medical shoe specialist as I had asked the funding again went to the hospital and I ended up with Dr Comfort shoes. They sound like Grandma Shoes don’t they?

After only 3 months of these non-medical shoes I went to see my private orthotist and he looked at the AFO that the hospital had made for me and he stated he wouldn’t have made it like that! And that it had not fixed the Hyper-Extension. Super!

A short time after this, my Sweppe-funded shoes died some. They wouldn’t fund another pair for 12 months. Growl! And my mum drove me across town to a Medical shoe shop and had me fitted for another pair of shoes. I was told these shoes would last years and even if they needed some work they would last forever. Again, upon seeing my AFO, she stated she had “never seen one like that”

Again, no comfort what-so-ever. My mum funded those shoes. $310.00 be a use I otherwise wouldn’t have any shoes and would be house bound. Pass! I later had my case management organisation refund her……..but it took time.

They are the most expensive shoes I think I’ve ever owned! Young Janus describes them as prison warden shoes. I really miss my Adidas Gazelles. They were the last of my personality and ability to wear my Street-Wear and show something of my personality pre-disability. 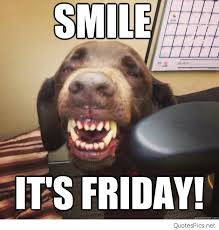 And yet, this story is far from over!