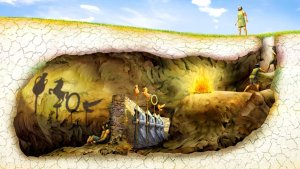 Definitely time to throw in a post about apartment living. Late 2017 I moved into an apartment. It’s my fourth move since my diagnosis back in 2007. While I’ve not done any big distances between each place I’ve lived, this is the most ‘new-build’ I’ve ever been in. The last place was a unit, my address was Unit 1 at 111. No really, it was a great number to live in. It was only two minutes drive from where I now reside. That move was prompted by ‘sleazy’ landlord concerns. Because he just didn’t get it, he could not put his hands ‘ON’ me and tell me he loved me and wanted to have sex with me.

Did you, just throw up a little in your mouth? Exactly! So, I digress, apologies.

I have a carer every morning, maybe only for an hour, to an hour and a half and I keep them busy with tasks while I’m in the shower, doing a few dishes, putting buckets of water out on the balcony for my plants or taking down my rubbish and recycling. On Sunday morning my carer came into the bathroom and I polished a circle near my face on the shower screen door, so she could see my face.

This is what I said to her; “While you were out, I TOOK a call from S blocks that way. Stop slamming the door” She asked if I’d really received a call?

The apartment doors are rather heavy, I guess it’s for good security and sound proofing. I can’t hear what’s happening next door. Well, they might hear me, but my surround sound died, so it may no longer be an issue for them. But I often hear laughing and people running past my door to the lift and I really wish they would stop.