So, today I thought I’d do the FU (follow up) on my sleep clinic experience. Hilarious.

It’s been six months since my last confession. (no, I stand by that comment)

The goal since I was last there, was to improve my sleeping pattern, because I go to bed late (or early, depends how you look at it) and don’t want to wake in the morning.

And today, I reported I’m still struggling to get to bed/sleep by 1am. (I repeat 1am) But alas, it usually takes me that long to get to and from appointments, do chores, do the TV/Current Affairs catch-ups. Because, I still need to know what’s happening out there in the world and what stupid Tweets some ‘world leaders have said.’

WFT people! How has he still got a Twitter account? Why has somebody not taken it off him? (Don’t answer that)

Hey, I’m not saying our Prime Minister is a model citizen, but c’mon.

My original diagnosis after the sleep clinic was very mild sleep Apnoea. Don’t panic, I’m not worried. I was told to avoid sleeping on my back. No, really. That’s the solution to that.

Besides this I might have secondary Narcolepsy and I kept telling him I knew what that was because, I lived through the 90’s and saw My Own Private Idaho with River Phoenix (RIP) and Keanu Reeves (mmmmm) in it. We don’t even know if I have that until I fix/improve my sleeping pattern.

Today, I tried to Hel-splain (like Man-splain, but Helen does it) why improving my sleeping pattern is so near impossible.

And Z. I AM NOT A MORNING PERSON! Have you met me? My name is Helen. Some years ago, my mum told me I was born just in time for breakfast at 7.13am. Who the fuck has breakfast at 7.13am willingly? (don’t answer that) Mum also suggested, on my birthday to wake at that time and make a list of goals to achieve by the following birthday. Something of setting intentions or other, but seriously. 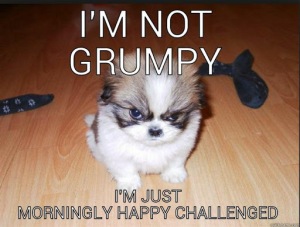 If I’m having breakfast at 7am in the morning, I’d be ready for dinner at 6pm and bed by 9pm. If I’m going to bed at 9pm, I’m ready for the Nursing Home.

I’m not ready for that yet. 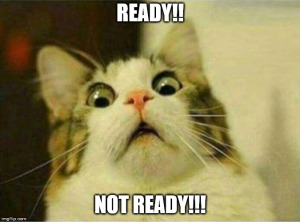 People may wonder how I’ve had my disability for 12 years, yet have not qualified for funding before the NDIS kicked in a few years ago. 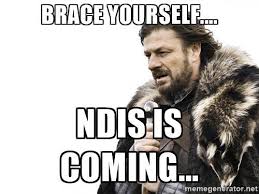 Well, if I were to do it justice, I could write a book or this blog would be about nothing but ‘how the system failed me.’ But however, I don’t want to issue you all with warnings to go hide your razor blades or pills or any other dangerous self-harming implements’ (in America I guess that includes guns!) 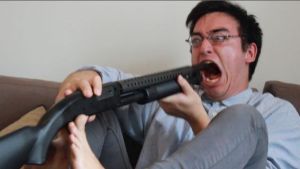 So, allow me to do an abridged version. Ok, I’ll try.

If I was diagnosed early, say under twenty years of age, bingo. There would be FUNDING.

If I was a mangled ‘thing’ in a nursing home under forty years old. BIG FUNDING. 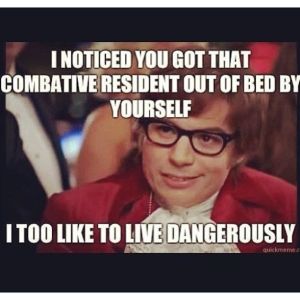 If I’d been in a car accident, even if I was off my face on drugs and smashed (drunk), I’d have TAC funding.

That and all of the above means, I might not even need carers, I might be able to drive still, but I would have so much money I could get new computers, smart phones, iPads, Playstations (is that the gadget these days?) every other year and no one would stop me.

However, I had to do it the hard way. When do I not?

After my treatment and the ‘fall-out’ that gave me my disability. Maybe because I was maintaining life independently and didn’t spend time as an inpatient in rehab, learning how to walk and talk (not complaining. Just stating facts) I started ringing around to see how this world I now had to navigate worked. 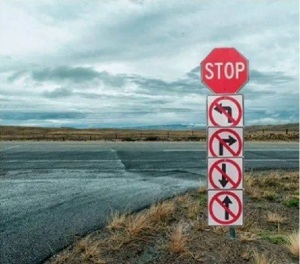 I rang DHS (Department of Human Services) they do Case Management, but are so overrun, they outsourced to other agencies and businesses that they then find.

I was given two names that I followed up. The first sounded reliable, but had a huge waiting list. I rode them like a kid on a bicycle. I rang so much staff turned over and eventually I was given short-term Case Management to achieve some goals.

I’m sure I mentioned how GOAL AND OUTCOME DRIVEN the land of funding is. 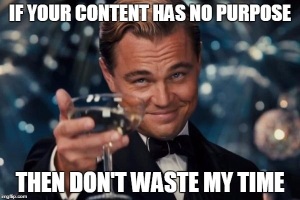 Because apparently, anything less is not worth doing. Please not sarcasm.

I digress. I have dealt with two different Case Management companies (they say they are organisations but they work on a business model “to make money”) so they are companies.

The first I had an Advocate and made a complaint to the Disability Commissioners office. Case Management companies literally can sign you up, give you the ‘YES, YES, YES’ go back to the office and never speak to you again. 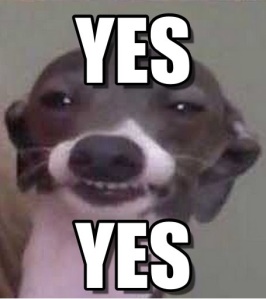 Both companies always said “YES, YES, YES” we will do an application for an ISP (Individual Support Package) and it never fucking happened. One company gave me the excuse that they are rarely fucked. It’s not good enough reason not to do one though is it?

I really could go on and on about this topic and Helen’s lack thereof, but it is likely almost enough now.

I guess also that the system failed me because while there were whispers of the impending upcoming NDIS, everyone thought it would solve my problems. It was painted as a light at the end of a very dark tunnel. So, everyone let me wait.

So, I’ve struggled, I’ve had to move house four times since my diagnosis, not always because next was outrageously high or lack of decent housemates not wanting to deal with shitty, stressful housemate drama anymore or even that I’ve used every dollar I had on renting and much from my father and lastly is the constant reminder from others, who don’t have any money issues or funding issues, trying to give me their opinions on the thing, the thing, the thing and the thing, when they really know not a God damn thing about it.