So, this will be a totally rare time I include the name of a business/company/service, I currently use. You will notice I don’t ever mention the name of my favourite café? Yeah, most of my followers are on foreign soil, so it’s irrelevant, but sometimes it’s hard enough to get a seat as is. That’s the only reason why though.

So, today I will mention one of the Care Providers I use, same reason as above, but it’s relevant to the story. This is also a likely example of how life has a tendency to go in full circles.

Ok, Circa 90’s when I worked in clubs with Malcolm (you can read about him here)

He had (just like any DJ of that era) Yes, Yes what was generally referred to as a toilet song. You hear a certain song come on. Don’t get in a DJ’s way. It’s usually a rather long song/track that is long enough to get to the toilet, the bar and back to the DJ’s booth.

It was usually this one

My Carers come from Mercy Health. They manage the homes where all the retired nuns live. There is a women’s hospital (Mercy Health).

I am by all means not suggesting they are the best, but I’m never going to bother mentioning the ONLY agency that didn’t ask for me to participate in the regular NDIA audit and provide feedback about their services. Am I correct?

So, anyway, my carer today was telling me where she had to go after me. Most of my carers visit the nuns. I hear about it all the time.

So, my carer today said she was going off to the Sisters of Mercy and everything after that went straight over my head.

Back in the 90’s when I worked in clubs, I was NOT GOTHIC. But sometimes, I wore more, shall I say, socially acceptable styles to not ‘offend’ the Goths. There was always a boy with this…..

It was the era after all and sometimes I would just outright wear my dungarees (because they were light and comfy) and other times I wore my bright coloured raver street wear.

I miss those days.

However, The Sisters of Mercy (the band not the nuns.) is touring later in the year. I’m debating about seeing them. The play at The Forum, two days after my birthday. 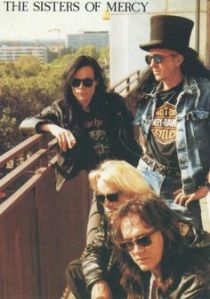 Something came to me in the shower this morning! Try not to visualize that if you can because, really it was nothing to do with where I was, but that I had a memory triggered to write about. More of a story about someone and he (it’s a ‘he’) would be a little amused that I thought of him while in the shower and I thought I’d write about some parts of my club days.

The clubs I promoted for were quite varied from Alternative, British Pop, Indi, (Independent) Goth, Industrial, Dance/Electronic/Doof! (Whatever you want to call it.)

GDG refers to a DJ who was a really sweet older man who in his earlier years was known as Grand Daddy Goth. He was around in the Goth scene before I was and to be clear, I never did Goth. I did Goth club appropriate. Which sometimes meant I wore black or not black streetwear and my Raver furry red and blue jacket. Think Elmo! I’ll have to put it on and take a photo of it.

But GDG was for some time the “oldest thing” in the Alternative club scene.

Towards the end of my era in clubs, he discovered electronic music and recovery mornings so that was very good.

I think GDG was originally his label when he made Candelabras. You see GDG was good with his hands. He actually settled on a trade of French Polish in a rather exclusive part of town. I don’t remember when he told me this story but this was his story……….

He told me he worked on a beautiful desk for a High Court Judge, who came in to thank him for a job well done. The boss told the judge he hadn’t done the work and to go down the back and thank GDG.

Now, GDG wore black jeans, black mesh tops without sleeves, old tattoos on his arms from the era before the ‘Kids’ have them now. (I’m suggesting old sailor-type tattoos but) from the days before everybody had tattoos and while GDG had little hair on top he wore a leather studded collar around his neck and had hairy arms and shoulders.

That said, I now hope I’ve painted a sufficient enough picture to say he looked up and saw the judge moving down towards him.

To start the judge looked very happy to be going down to meet this genius who had made his desk a masterpiece. The way he described it when he saw what GDG looked like, his smile slipped and his step faltered. Until GDG smiled and then the judge’s original pleasant smile returned and his step hastened and he put out his hand.

Apparently, the judge was so impressed he told GDG he would be recommending him to all his friends. He was then inundated with someone’s Wine Racks and he told me he was called to an older woman’s mansion in Toorak.

She bustled about pointing out several different items in a fluster. He was obviously good with the older ladies, also because he set her at ease understanding she was expecting company for afternoon tea (or High-Tea) later that day.

She kept adding to the list of items she wanted done and that he could finish them by a particular and imminent deadline.

Apparently, she bought out a tiny little table made of pine (Oh! I thought I was the only cheapskate with pine), he assured her he would get it all done in time and not to be stressed.

What a sweetheart right?

GDG married a younger lady when he was in his 40’s Now some years ago, I understand he had a brood of kids, so I’m told. I haven’t seen or spoken to him for 20 years, but he was a significant part of club life for me… 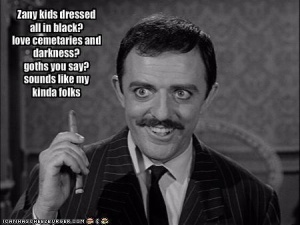 To be sure, there will be more GDG club stories soon.