There was a drink back in the 80’s and I has become part of Aussie Pop Culture references that crosses all things. The ad was for a drink (beverage) called Claytons.

It refers to it being the drink when you don’t feel like having a drink. A drink without being alcoholic. So, this is a post about a Clayton’s holiday. Get it?

About five years ago, I was with an agency that arranged holidays (group holidays) for their clients. I was able to and included on two holidays, which was really nice as I think it’s been about ten years since I actually had a holiday and even then, that was to Tasmania for two-three nights.

So, the group holidays work out to be only a half day drive from Melbourne and only away over night or two. The other client’s range in age from five (one client’s daughter) to sixty-five (maybe). There were two mini buses with wheelchair lifts on the back (two wheelchairs in the back of each) and usually a car.

I usually bags the front seat of the mini bus (I will do a polishing motion on my backside and one of the carers will effortlessly lift me and deposit me in my seat). Yeah, I do that sexual harassment for the ladies. But I won’t allow a male carer to man-handle the goods. (I’m not light these days, but one lady just effortlessly lifted me making me feel so light.) 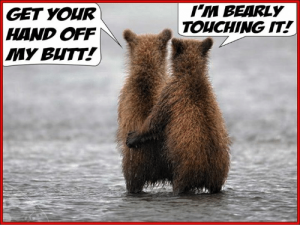 Being on a little get away with a bunch of strangers and three or four carers means you have a polite but temporary family type experience.

I always pitch in to help prep a salad or something in the evening as we usually stay somewhere we have a shared meal where ever we stay on the first night, as most meals are eaten out.

The first holiday I went to we stopped on the way back to Melbourne at an outer Melbourne suburb for a lunch and a little adventure.

A friend lived there, so I suggested they join me, so I could catch up with them. Said friend had recently been diagnosed with something quite nasty. They are still in that honeymoon stage of diagnosis where they have had the sugar-coated version of their diagnosis. Goes something like this “OH, you only have 3 lesions…”

Note, privacy being maintained here, yeah. This medical condition is such that when people hear I have a brain injury, I tell them, “Hey! It’s okay, this is my bottom line right now. At least I don’t have XYZ.” Because XYZ is degenerative. It gets worse. It gets shitty. I just gets’ worse.

So, this friend joined my little group of holiday buddies and I briefly introduced them to the group. I’m going to say, I’m terrible with names and I’ve been around this group of people with disabilities now a few years, so in a little desensitized re: medical conditions.

“Brain Injury, MS, Stroke, Stroke, Oxygen deprived at birth (Brain Injury) etc, etc”. And I finished with referring to one particular person in a wheelchair (of which there were five) but the last person I pointed to had the XYZ my non-holiday friend has. “That will be you one day” and they paled considerably.