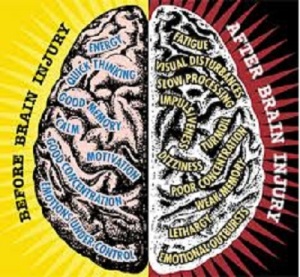 Okay, you have probably heard about it and even noticed I refer to having a brain injury, but have really not had me admit it or explain it. Until now…

This is it! If you don’t know for sure ABI stands for Acquired Brain Injury. There are others like TBI – Traumatic Brain Injury and I think there should be another acronym of which would be DDK – Doctors Don’t Know! More of that in just a second.

I have avoided doing the whole “Once upon a time, into my blog like most other blog’s for several reasons.

But in reality I have a uniquely shitty ABI because DDK how it happens. There is no specific finding thrown at it to cure it!/Research it and the “cure” in my situation has left me looking like I’ve had a “stroke” without the funding and assistance.

But all the issues and negativity because people look at me like I did something to deserve the issue I now have.

I actually had a lifetime of some very subtle “things” that were easily dismissed until I was in a stressful work environment at 34 years of age where I was being bullied and when I was working with an older gentleman who had a son my age with MS (Multiple Sclerosis)..

He noticed I had a weakness in my left arm, I thought I was camouflaging and started to pester me to see my Doctor.

And so, I finally did go see my Doctor. The last thing on my list was that I had a slight weakness in my left arn.

His instant response was I needed a CAT Scan.

I got one and had my first experience of “Contrast” or Iodine” but again, more of that later. You will love that story!

So a few weeks later after my scan I returned to my GP’s office.

That next visit has become infamous. One of those days when you don’t remember anything else that happens except that one moment of clarity you will never forget.

My GP held my scan up to the window as though like a lightbox and pointed to one side of the scan stating “See this side?” “This is normal……” Oh how we love that term.

I could see the other side looked different, darker.

And he pointed at the area of the other side and described a cluster of arteries and called it an Arterio Venus Malformation or an AVM for short.

I also confess to say, I cried. Dr Chris made a move to comfort me (Lord love him) and I explained the shitty week I’d had.

Well this is not over, but I felt inspired and now it’s 3am so I really think it’s time for sleep.

Meanwhile, feel free to Google AVM, I always tell people it’s the medical one not the IT related one.

“Now tell me, what’s wrong with you?” a shoulder specialist asked me once. You might immediately think my shoulder, correct? Since that was his specialty.

But there’s that thing all medical personal do when ‘assess you!’

To which I replied “How long have you got?”

But first I must digress.

In my early 30’s as you may have read I was working as an Admin Assistant for an NGO. You know, “Admin” it’s that term meaning you do EVERYTHING that is delegated to you and some for really crappy pay.

Oh, I loved that job! I was really good at that job!

Anyway, work became stressful (another time) and my left arm which had always “worked” lost some of its strength and dexterity…

I struggled to touch type, so I hid this by typing very efficiently one handed and tried to hide my weak left arm by sitting my elbow on the desk or in my lap. If I answered the phone left handed I really knocked myself out putting the phone to my ear…

I had a colleague who had a son my age with MS, No! I don’t have MS (Multiple Sclerosis)

Honestly, I think that would be worse than what I have…

So, everyday Tony, my colleague would ask me if I’d seen my doctor yet?

What? I don’t have a doctor…

Actually I had a GP, whom I didn’t like much, so I got a new GP not long before and made a list.

On the bottom I said list was my left arm! I explained the occasional weakness that I’d had for years that came and went…

His response was immediate and he didn’t seem to need any further explanation.

I was a little surprised. Booked the appointment not knowing what to expect and went one morning on my way to work.

They injected ‘contrast’ into my arm and when I loaded myself up with all of my bags and carefully navigated the stairs to get back down to the ground floor. The technician watched me very carefully…

I could do stairs rather easily back then, but words from the wise, when the technician watches you like a hawk, he knows something already that you don’t know!

And it’s probably not good new…