Had a crazy Tuesday this week. Now it’s Friday and I’m sitting at my fave café for what has become my new normal day here to lunch and write. It’s the Covid normal.

In my early days of diagnosis, I felt the need to explain my life was less Brain Injury and more normal and my first specialist explained I was a high functioning ABI.

So, Tuesday was a bit more crazy than usual. This is probably a good example of me being high functioning. Keep in mind, Helen is not a morning person.

9:15am – Usual carer arrives for Personal Care. She does all her chores and I do mine.

I make breakfast and sit to eat. (Slam down my entrée of pills)

Turn my phone on. It starts, the bells and whistles, texts and calls and messages. I don’t know why I need to go off grid on the weekend.

I call and negotiate with my young John to get me to my first of two appointments. He can squeeze me in.

11.45am – I’m meeting my Neuro Physio. He sits on the floor trying to stretch out my left calf and front ligaments.

I have been diagnosed with a clunky ankle. It’s an official medical term. It’s causing and adding to my knee replacement one day. It’s already nice and crunchy! (My knee)

So, he’s doing him. I’m doing me. I’m checking texts, sending texts, then I’m required to stand favoring my left side and sit, twist my upper body towards my left to help my leg and foot do leg and foot.

To be clear, all this teases my brain. It’s not super fun, because my right-side brain is saying “you want to do what? Get firetrucked!” (Trying not to swear!).

And I’m dealing with one of my two agencies to fill a shift, the following day on the Wednesday.

It’s a 6-hour shift where I get escorted out, I do the things, we have lunch either out or at home and I set them chores while I scooter out to other appointments, they don’t need to take me to. It’s also when I fit other things in where I need muscles and things that I can do by myself or on P.T.

It’s a 6-hour shift. The texts from my agency go back and forth. Eventually, I’m offered 3 hours which I later describe as like putting a band aid on a bullet wound. It’s a great image, isn’t it?

I was responding that I could offer their shift to my other agency, as in the whole shift 6 hours. What pretty band aids on either side of that 3 hour. I need the whole 6 hours.

I mention via text, I’m in the middle of something and I need to be present in my appointments, but then I get a rather long shitty text stating they had spent 4 hours messaging other carers and clients to find me someone. It sounds like they think I’m ungrateful. The grumpy text ends with an apology for the text. I am now getting busy – this is eight days after I started.

Hopefully I can do it justice. But otherwise, could be, I didn’t get to read her whole message. I got the gist and immediately texted my other agency and if the person was not in the office, I rang them directly.

When I rang, I could even interpret the pause and inner office convo that happened in the background. A carer they have been wanting to send me for some time, they were just waiting on an NDIS checklist.

I confess it’s been two weeks since that fateful day. So, while this may not flow seamlessly from the previous post, I hope you can keep up?

So, I text the agency who is choosing to do their job the hard way, that in the middle of two appointments I need to be actively present at. I’ll get back to them.

It does already look like I’m covering the following days shift myself another way. I flick a text to my other agency. In case that staff member wasn’t in the office that day, I quickly call.

“What’s that?” I’m on the phone while my Occupational Therapist, (OT) who I’m just meeting for the first time is with me. “No, I told her she could absolutely go pee.” Respectfully, that makes us friends for life.

I call the agency and I can tell exactly the conversation that’s happening in their office.

“Is that Helen? Just fill that shift!”

There is no better motivation than me missing a specialist appointment because their afterhours staff member fucked up my Monday morning. My Botox appointment was rescheduled for two months further away. Botox keeps my left toes from curling (I know. What?). Yes! Botox in my leg.

Anyway, yes. The NDIA survey has been completed and X, Y, Z can cover my Wednesday shifts until my other agency can cover it again.

After my OT appointment, I head out and call my Heidelberg taxi driver. Young John is best at this time and so is Sean!

I hoof it to my far local pide dealer. Pide is not code for anything. It’s just where I get my vegie pide from. Another taxi driver has arranged that I can wait around the corner to make life easier.

On the drive home (10-15 mins) I text the first agency. I confess I was pretty grumpy earlier and wished to call my support coordinator to growl at the agency because I just didn’t have the bandwidth to give the polite diplomatic response.

Yet, I messaged something along the lines of, ‘I appreciate how hard it is to fill shifts when my regulars are away or don’t have a weekend. Then something that I genuinely did appreciate her efforts. Despite that, rather than ring me first to ask if she could wriggle things so she could cover three of the six hours of my shift. Would it be enough?

Sometimes it is but this particular day, I had placed other things in around and in between the appointments that required wheels and muscle.

I did all of this with a migraine.

So, that shift was moved for a month or so to another agency.

The following Tuesday I received a message asking if I expected them to cover my Wednesday. I had to remind them I’d moved it temporarily. This is what happens when someone tries to cover a bullet wound with a band aid. 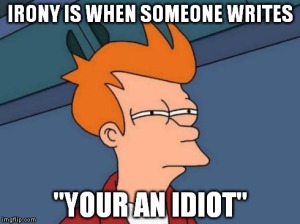 I imagine Irony has taken on a whole new meaning since I’ve developed my disability and it’s going to require some explaining so hang tight and buckle in!

HACC Services provide my carers through State Funding. It subsidises the fees so instead of me paying $40.00 per hour, I only pay $2.00. I get a carer 3 – 4 days a week for an hour and on Fridays I have shopping or Homecare, it all starts to add up.

With the roll-out of the NDIS, the council still gets funding from that bucket of money, but because they will be expected to offer more hours to their clients, they would rather utilise that funding in other ways.

Like ‘Tourism’, apparently, I have no idea! Don’t ask! 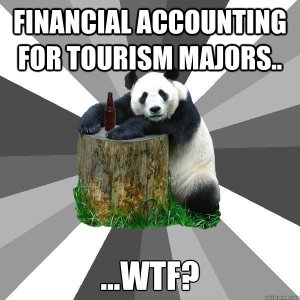 That is another point for another day.

I digress, my council also has a DAC! Sorry, another acronym – Disability Advisory Committee.

It is very heavy on council staff, such as ‘Tourism’ and service providers. However, the irony is this: ‘My council loves people like me to go volunteer my time to share my opinion and input so they can better service their community.

A survey I participated in recently, tells me they are far more interested in not offending the LBTG community, than looking after the people with disabilities and when I say that I’m not meaning any disrespect to Gays (love them) Lesbians (Thespians as I like to call them), bi-sexual (yeah, I know, you just love people to work it out and when you decide, let me know), Transgenders. 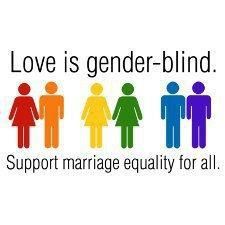 Hope I adequately explain my opinion, quickly and succinctly on all those topics!

The bottom line is I don’t have time to give my time for meaningless surveys. 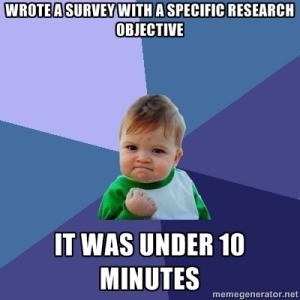