It’s such a weird word isn’t it? Today, I thought I’d cover a little of my work history, sort of.

I grew up living in the country, I didn’t grow up on a farm, I was considered a “Townie”.

By the time I was sixteen, I was a full-time student, a part time check-out chick and a “when ever babysitter” I’m not complaining. It was what it was. But I had NO SOCIAL LIFE. None, Zero.

Over Christmas, I picked up seasonal work on a blueberry farm. So, don’t talk to me about blueberries. I don’t get it. You are on your own. 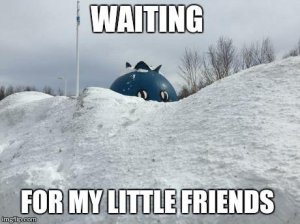 I only picked when there was no work in the shed packing. Let me tell you the difference. While picking, my older sister would give a decent rendition of “I found my thrills on Blueberry Hills”. Good times. But it was hard going.

Packing, while arduous, we started at 6am and went hard until 4pm.There were no guys in the packing shed. It was considered that men distracted the women in the sorting shed. So the “no”is important? Sounds so 1950’s, or is it just me? There was the constant smell of bleach from the cleaning products. It paid better, but was stressful. The best berries went to export somewhere like Germany and at the end of the season we sorted all the berries that was deemed too small, mangled or mouldy out so, it could go to be made into pies or jam. You’re welcome.

Even when I did that job from 6am until 4pm, I would go home, shower, eat something and go to my supermarket job from 5pm to 9pm.

Good thing I was planning to be a poor art student. My two days of cherry picking marred by heatstroke and sleeping under the tree on a bull-ant nest, just because I picked the wrong side of the tree first. What? You heard. There is a right and wrong side of a tree. Yes! You pick the side first that doesn’t get the morning sun, then in the afternoon you pick the side that had the morning sun.

So, while I stayed living in the country another year after completing high school because I didn’t get into what I wanted to go on and do, I got into TAFE art course for a year. It was fairly stock standard course to go do and build on a folio if you didn’t get a course in the city.

I was still doing the full-time study, part-time work and xyz babysitter. Still no social life.

When I moved to Melbourne, it took a little while, but I was eventually introduced to really cool night clubs. Night clubs became my social life.

The first clubs I was introduced to were full on “WOG” clubs (again, don’t take offense, my father is Italian, so I can use that term) Lebanese, Turks, mention of history of guns blazing and drive by’s at the first club I went to Brunswick back in the early 90’s. Also, where I heard the fantastic piece by O’Fortuna in Apotheosis. I think I went out and bought the last twelve-inch vinyl copy to come into the country. Because it heavily sampled them from a well-known classical piece of music, it was banned.

The vibe in the clubs was electric, but then there was some really shifty stuff about wog clubs. The continuous stream of standing around the outside of the dance floor and girls dragging their boyfriends behind them, who would seem, lean in for a cheeky snog.

A guy that was with the people I was with pinched me on the backside so I turned and delivered him a slap. His sister and two friends came up to me all gangster-bitch like to take a piece of me. “I know he’s an asshole, but he’s my brother” so much for sisterhood.

The following week, a friend of his came up to me and told me the “pincher” wanted to buy me a drink, maybe he should have started with that.

I don’t know why I’m still single, but I don’t think it’s because I’m prepared to slap men if they deserve it. My ass was offended. 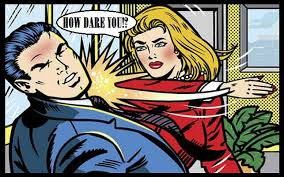 But that is to say, I digress.

While I studied to be a Visual Merchandiser, that being shop front window displays, shop layouts etc. I didn’t get into that, I didn’t have a folio, I couldn’t drive (to do freelancing) and I wasn’t a guy and gay. So, I couldn’t get a job with Myers.

I know, What? Those gay bitches get everything, so, I had started giving out some passes for the first club I worked for.

When I finished my course and disillusioned about what I really wanted to be doing for the rest of my life. Yeah, like that’s realistic to imagine someone of my age staying in the same job/company/industry for all of my working career.

So! Another crazy day!

Let’s do a stocktake for something different? Who is ready for Christmas? Who has all their gifts? Done their baking? Sent all the parcels to other countries or States to get there in time for Christmas?
Mmmm, not I! Shame!

Lunch today is the Mediterranean quiche with side salad.
Medicine with chocolate mignon. (just saying how hard it is to do food-stylist one-handed?)

I really was never to be a Visual Merchandiser after all. It is what I studied not what I wanted to study.

Reasons Why “Reply All” Should Be Banned