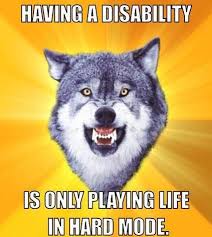 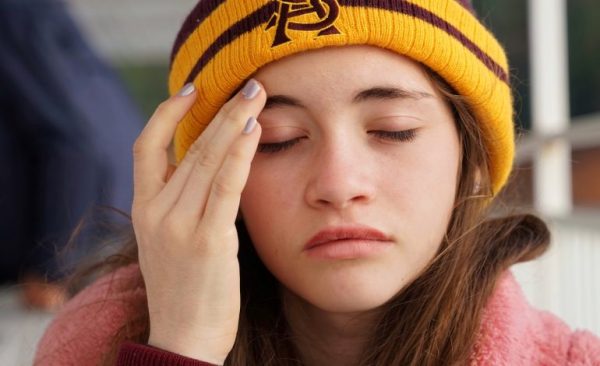 But on a rare occasion I get scooped up to go out for dinner by people who get up super early for work. We go somewhere local, cheap and cheerful. Close to me and I’ve usually eaten by 7pm. Oh dear, I’m getting ready for the Nursing Home after all.

I’m often home again by 8pm. No joke. I might go out two or three times a year for dinner and this year I managed to get out for the Comedy Festival. I haven’t been out to the festival for about seven or eight years and it’s an effort to say the least.

I was dressed from early in the day, even though I didn’t need to leave the house (apartment) until around 5pm. I had a kip in my clothes even because I wouldn’t have made it otherwise and I even put on make-up. Effort. 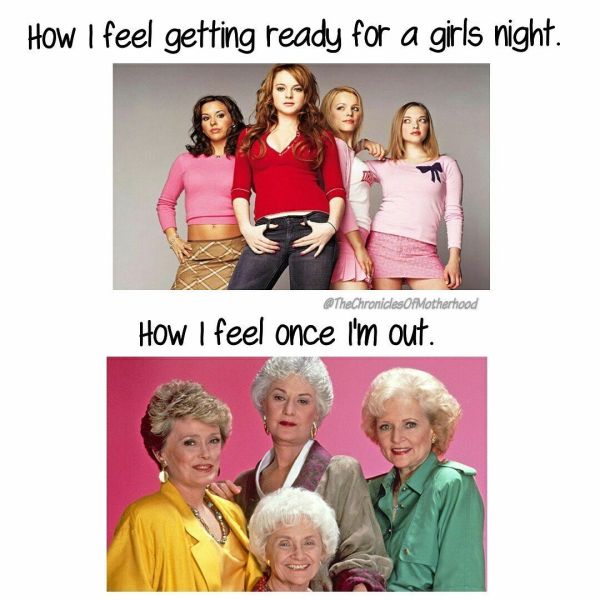 But once committed, that was it.

These days there is a tram stop at my front door, which is awesome and at times I’m normally at home committed to a quiet evening on the couch, I go out and on the tram. As per usual, all things do not always go to plan. When do they ever? 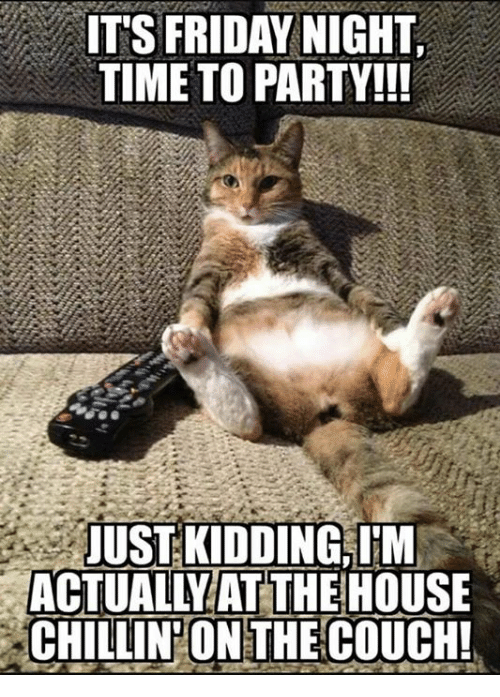 I catch the tram past my favourite Wednesday Café and into the city via Smith Street, Collingwood and on Smith Street, the tram stopped because a car had broken down in front of the tram and an announcement came over the loudspeaker. 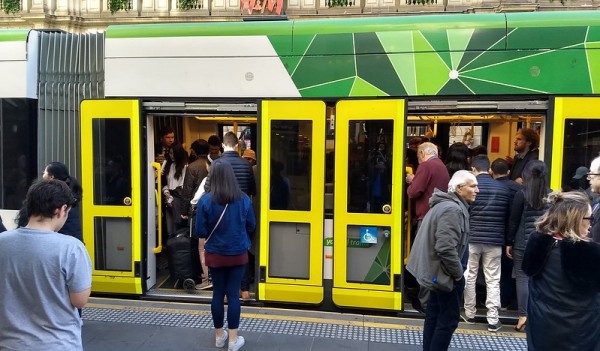 Sometimes the messages are a little hard to decipher. A woman stood up behind me and in a rather grumpy tone, demanded “Can someone please translate that for me?” The tram emptied out of about 80% of the passengers, including the grumpy lady. 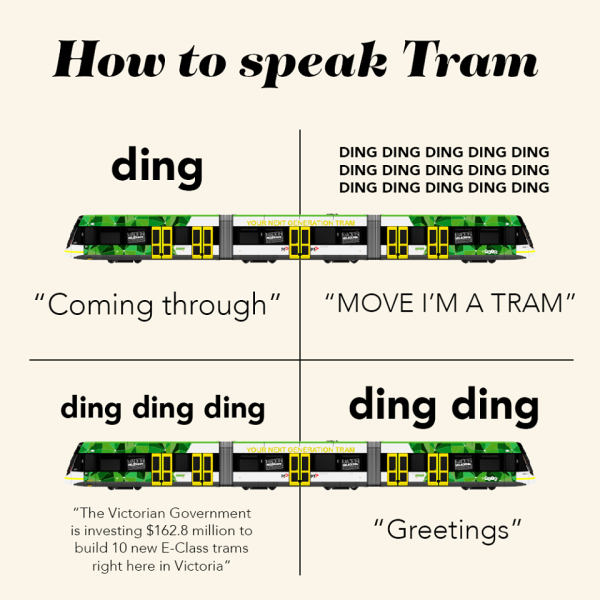 The tram driver walked down and stood next to me to tell the back part of the tram passengers what the issue was. It was that a car had broken down, people and a tow truck had been called. We could sit and wait (for an undeterminable time) or we could choose to get off and walk if we didn’t have far to go. 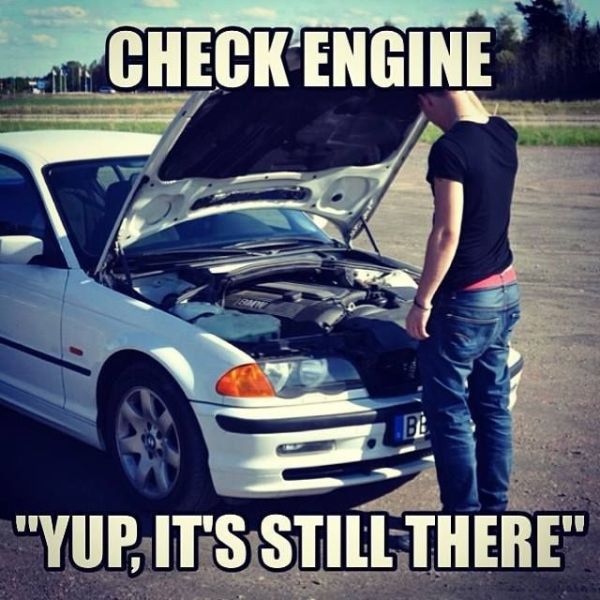 I reached out to the driver and gently touched the back of my hand to the back of his wrist (I was going for the non-gropey/non-offensive gesture), he looked down at me. “Can the car be pushed out of the way? Because we just lost all our muscle.” The driver responded “No, because the car has an electrical system.”

Another message came over the loudspeaker and the grumpy lady was back. She wanted to know why everyone had gotten off the tram, if we didn’t need to. She felt everyone had been told to get off and why had that been? 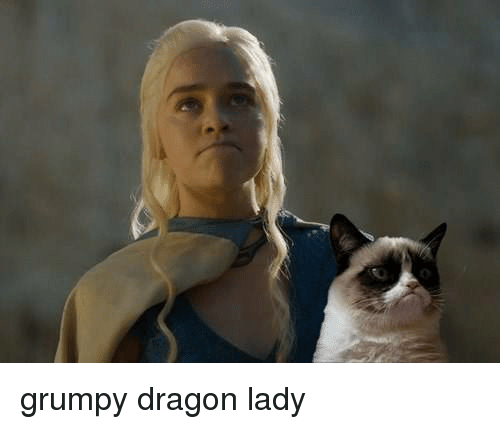 I got up and moved through the tram to speak to her. I stopped where she had last been standing, the younger couple sat staring at me a little bewildered. I asked them “Where is she?” They motioned outside, I said “I got this” It was suggested the grumpy one was probably after a fight, so I used my standard line of “It’s OK, I’ve got a stick.” (Hey it’s a walking stick, but it’s still a stick). 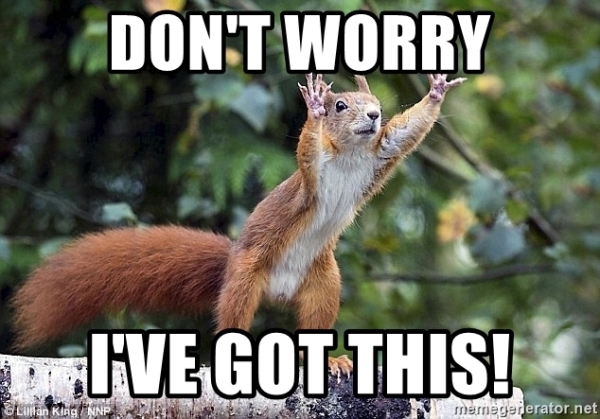 The younger woman sat up with keen interest, like there was about to be a rumble and someone was going down. Enter in my head the Cure song “Fight! Fight! Fight!” like the Rocky soundtrack. Can you imagine smartphones going out and it being all over Social Media?

I told the young lady that was not going to be like that. I got off the tram and went over to the grumpy one. I asked her if she was Ok and I offered to explain what the voice over message had meant. The first as I’ve already explained. The second message was more for people who were further away on other trams who had the option of abandoning their trams to catch alternative methods, so as not to get stuck on Smith Street.

She was rolling a cigarette and seemed to be okay with my version of the translation, but she still seemed argumentative about how she felt we had been told to get of the tram. The driver came over and the car driver had reported a tow truck had been called again and would be fifteen to twenty minutes away. The tram driver told us we could get back on the tram to wait.

Grumpy lady was still grumpy and she felt she had been advocating for people like myself. I wish she didn’t. I told her the next tram over wasn’t far away, so I would walk. I spoke to the tram driver again before I departed and he felt the need to tell me the next tram over was quite far and I should just wait. I took it as a challenge. 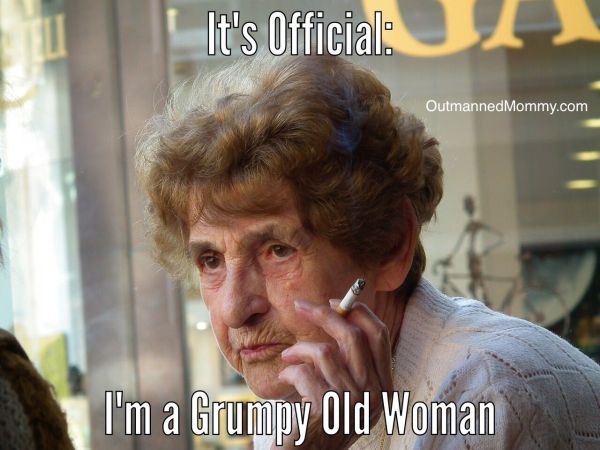 Sometimes, when the plan goes sideways, I can roll with the punches. It is a lot more physically taxing, but I had somewhere to be, places to go, food to be eaten and did not want my night to be squashed when it had only just begun. To be fair, I walked half the distance I had intended, messaged my friend to alter where we would meet in the city and I even walked through the public housing block on Brunswick Street. I almost went around it, but I could very easily be in public housing, so with a “Hey, these are my people mentality” I forged on. Came across a black guy (not being racist) he was maybe early 20’s African and I gave him a little smile, said “Excuse me and asked which path would have efficiently take me to Brunswick Street?”

Out of the tram, walked to meet my friend, walked to Degraves Street, had medicine. Mmmm and shared three Tapas meals. Then walked to the Forum. Next venue, built in 1929 and saw Daniel Sloss. 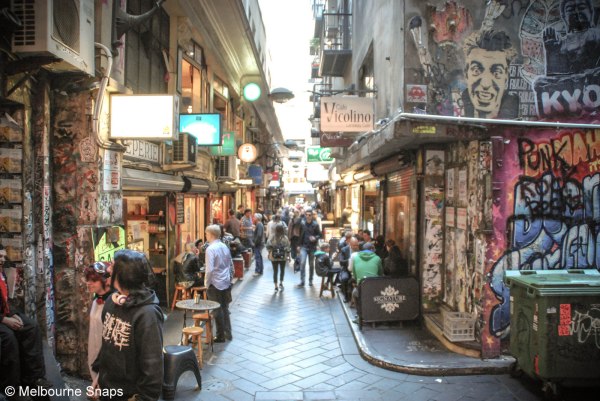